Users have found and alerted us to some errors in EAST PaC that we report here.

The DOIs for the data are:

Below is a description of the first version of EAST PaC, archived in 2016.

This webpage describes the East European Parliamentarian and Candidate data (EAST PaC) for Ukraine, Poland, and Hungary. EAST PaC contains the near universe of candidates who ran for the national legislature in Poland, Hungary, and Ukraine and spans the 1990s to the 2010s (Polish data goes back to 1985). All told, EAST PaC covers three countries, 29 years, 23 elections, and 97,439 unique candidates. These data are freely and publicly available and are in the Polish Social Data Archive.

The main sources of these data are official records found in each country’s electoral commissions. Details on the methodology for EAST PaC – collecting, cleaning, and matching – are found in the book, Towards Electoral Control in Central and Eastern Europe.

Table 1 summarizes the sources and scope of EAST PaC data. While Hungary has only post-Communist elections, Polish data goes back to the Communist Party controlled elections of 1985. All told, EAST PaC covers three countries, 29 years, 23 elections, and 97,439 unique candidates.

EAST PaC data are separated into each country: one for Ukraine, one for Poland, and one for Hungary. Table 2 is a visual representation of the elections in these countries of Central and Eastern Europe over time. Electoral volatility within the electoral systems led to special elections (Details on these elections are found later in the book, in Part Three: Context) Ukraine and Poland have had a few special elections, while Hungary has had only regular, four-year elections since their first post-Communist election held in 1990. Only in 1990, 1994, 1998, 2002, 2006 and 2007 do elections overlap across nations.

Candidate A ran for office only once, in 1994. The have a value in Variable Y 1994, and have missing values in the variables for the other election years. 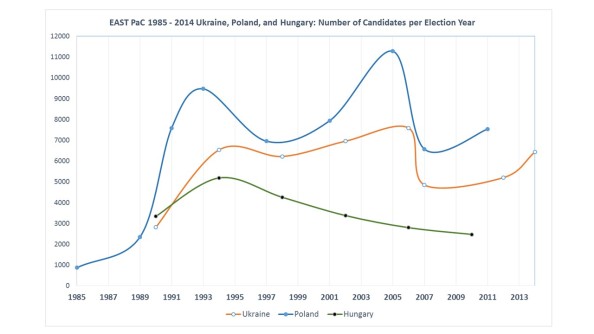 Table 4. Candidates per Election Year in the Countries of EAST PaC

ALL =  all elections; [Year] = election years in which these variables are available.

a In 2010, there is a relatively high percent of missing values on the variable, Year of Birth. For an explanation, see Chapter Six, this book.

b These data are available in raw form, upon request. They are not archived along with the rest of the data.

Electoral variables vary across elections, but there are some core variables that each country has (Table 6).  Party and district are available across all countries and elections. Votes received (except for Poland in the 1980s) and whether the candidate was elected is also generally available. However, list position is only available in Ukraine from 1998 and in Poland from 1991 and in Hungary only in 2010.

ALL =  all elections; [Year] = election years in which these variables are available.

Electoral rules change and thus EAST PaC contains electoral variables that are specific for each country and each election. The array of such special variables for Ukraine and Poland are below (Tables 7 and 8). For Hungary, see the book, Appendix Two.